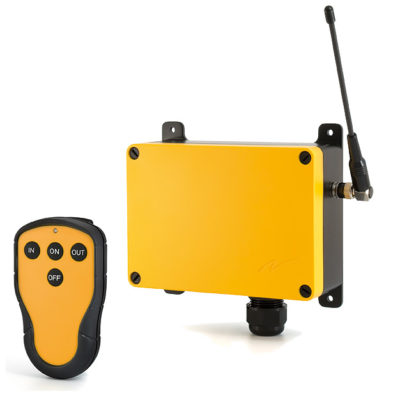 The T70 Jaguar system was first introduced in 2007 to cater for the market of electric and hydraulic winches. It was competitively priced and offered several advantages over its sibling, the T60, such as more functions, narrow band radio and greater transmission range. The T70 Jaguar was retired in 2015 in favour of the new Panther system, which offers several enhanced parameters. 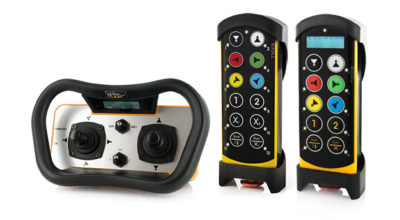 The Tiger generation 1 system was introduced around 2010 to meet the market demands of high-security radio remote control systems. The machinery directive of the EU introduced new and strict requirements for machines and their control systems.

The Tiger system had similar transmitters to the predecessor, 860 Lion, two hand sized transmitters and a joystick in different configurations. The transmitters also came with the addition of data displays. The displays could show weight information, battery status, frequency or other informational messages. 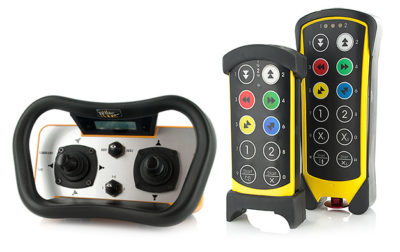 The 860 Lion was introduced in 2003 to offer the market a new technical advanced control system that also met the emerging safety standards of its time. Initially the system was offered with a 10-button and a 12 button handheld transmitter an receivers ranging from 10 to 24 function relays. Later on joystick transmitters were also added to the range.

For its time the 860 Lion was a very secure system. It had an approved stop function according to category 3 and PLd. The dedicated security relays monitored the stop function.

With 860 Lion you had many options and built-in functions as a standard. You could control 2 receivers, independently or in unison, a so-called twin function. The system transmitted at up to 69 different frequencies between 433-434 MHz.

The system started to get replaced by the Tiger system during 2010-2013 and was finally retired in favor of the Tiger (generation 2) system that also fulfills the SIL3 standard which the 860 Lion did not. 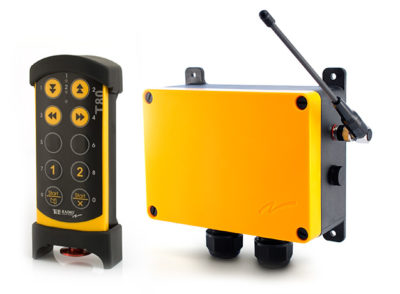 The T80 Leopard system was introduced in 2006 and was a robust system with one transmitter and two types of receivers geared towards the lifting industry. The system featured an approved stop function and fulfilled category 3 and PLd safety standards.

The “MQ”-receiver featured a thin design housing with was particularly suitable for narrow installation areas. The system was retired in the later parts of 2012 and has been replaced primarily by the Tiger system for similar applications. 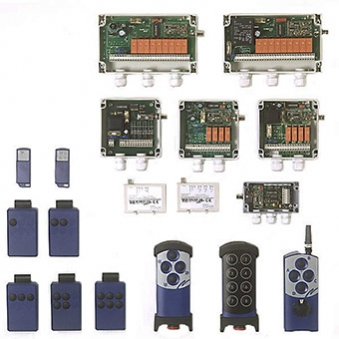 The 460 system was launched in the beginning of the 1990’s and consisted of several transmitters and receivers from the smallest 1-button transmitter to large, more robust 8-button transmitters. The system had several receivers ranging from 1-relay to larger 8-relay receivers. The 460 products communicated in the 433 MHz range.

The 460 system was retired in 2006 and was replaced by the T60 system which was digital as opposed to is forerunner which was analogue. The T60 offered more updated features and the possibility for more codes.

The newer T60 system is largely compatible with the 460 system and should be seen as the natural replacement in most instances. To understand how you should migrate towards the T60 segment from a 460 system, please get in touch with your nearest distributor, they will answer your questions.

Visit the T60 products on this page