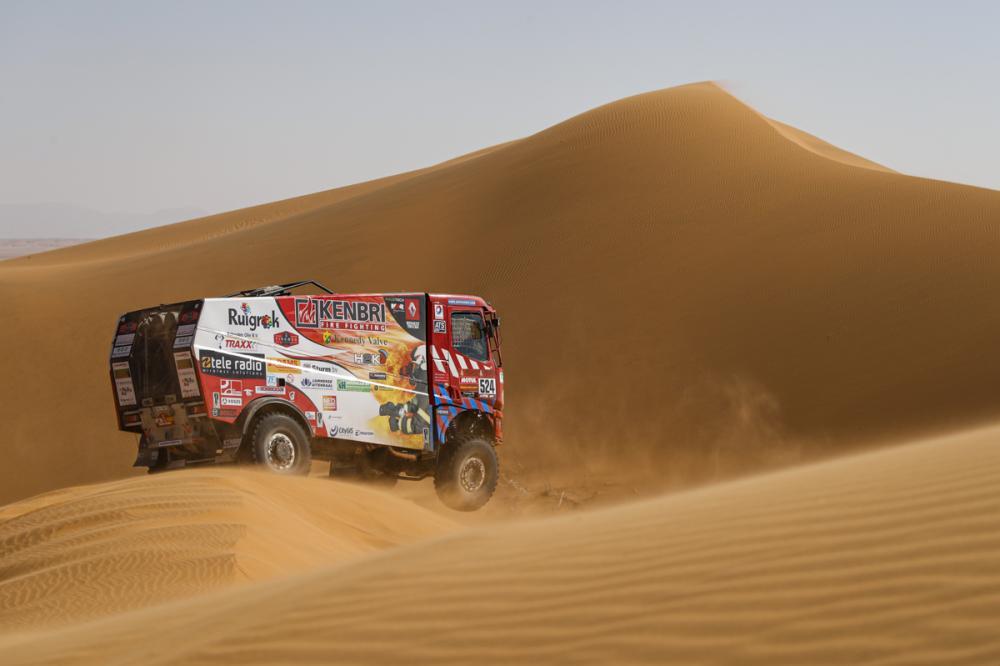 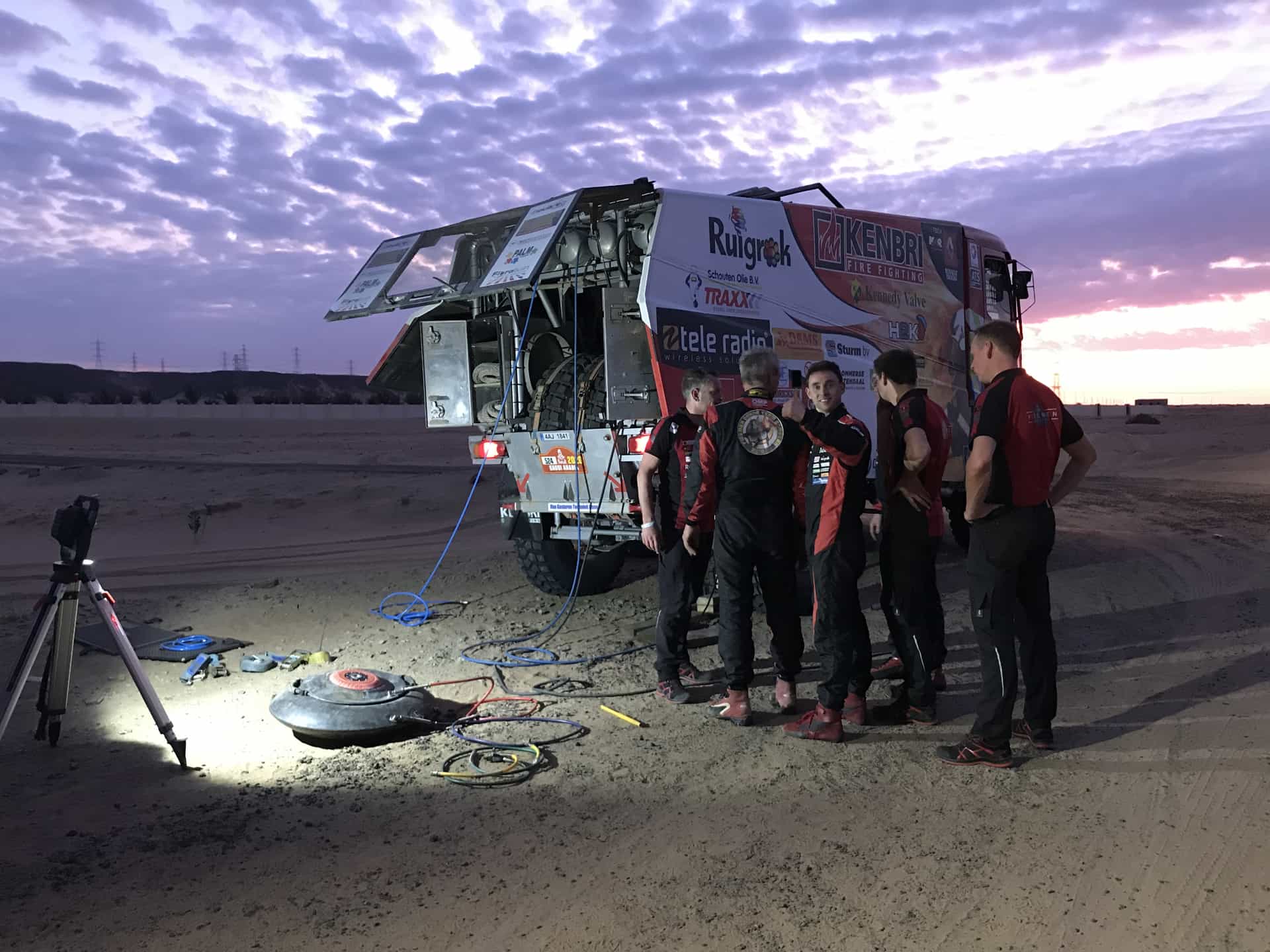 While the world was celebrating New Year, the Firemen Dakarteam were busy with the last preparation. The countdown is started. About 3 days the Dakar will begin!

The Dakar will start January 5th, the first stage will be in Jeddah and ends up in Al Wajh. The opening stage is far from a stroll in the park. It features everything that makes up this rally in quick succession: fast, winding, dunes, stones.
With all this variety, this mini-Dakar is not to be underestimated.

Like for Tele Radio is safety also important for the Firemen Dakarteam. See the video below to find out how the team guarantee their safety.

In part 2 Ron experience how it feels behind the steering wheel of this monster truck. Watch the video below to find out more.

The chief engineer and also fulltime fireman Jan Hulsebosch shows us what this new amazing truck is capable of. It will be the first time that the Firemen Dakar Team will race with a Renault Truck. Check below the Walk Around video with Ron van Gent to learn more about the amazing technical spec’s of this truck.

DECEMBER 1, 2019 | PreProloog the road to Dakar | Follow the Firemen

The Dutch PreProloog took place on November 23rd at estate Duyenwater in The Netherlands. Over more than 10.000 people came to see the introduction of all the Dutch teams. Of course the Tele Radio sponsored Firemen Dakarteam was there to show of their awesome truck. Click on the video to watch their spectacular introduction.